The show I spent the pandemic year(+) working on is out now. It’s called My Fugitive. You should go listen.

Our host is Nina Gilden Seavey, an Emmy award-winning filmmaker. Her dad was a civil rights lawyer in St. Louis when Nina was growing up. In 1970, he represented a young man arrested at a protest against the war in Vietnam. Sentenced to five years in federal prison, the kid – Howard Mechanic – went on the run. And was underground for almost 30 years.

The question of what happened to Howard bedeviled Nina’s father. So decades later, Nina decided to find out. She filed hundreds of Freedom of Information requests. Read hundreds of thousands of pages of documents. And found a lot more than she bargained for.

My Fugitive is the story of what happened to Howard. But it’s also about the assassination of Dr. Martin Luther King, and about COINTELPRO, and a Cold War spy ring. And what secrets get protected, and which get buried.

And, to me, it’s about St. Louis, and the threads of resistance and repression, Black liberation and white supremacy that flow from that place and the compromise at its foundation.

It was an *enormous* undertaking, and would have been a challenge even without the pandemic. But the incredible team at Pineapple Street made a show that sings. I hope you listen.

I had a great time making a series with Tommy Vietor and Pod Save America about the Iowa Caucuses. We followed two field organizers, the ground-level staffers who are the heart and soul of any presidential campaign. We explored why Iowa goes first, if that’s a good idea, and if not, then how else we could pick a nominee. It’s five episodes, you should listen.

And then you should make calls for the candidate you like. You should give them literally as much money as you possibly can. You should knock doors and bring snacks to your local campaign office. You should leave it absolutely all on the field from now until November, because these field organizers are going to and we have to too.

I had the pleasure of working with the good folks at Edible Brooklyn on a podcast a few months back. It’s called In the Field, and it’s hosted by Edible Brooklyn’s EIC, Ariel Lauren Wilson. Besides thinking about the courts and poverty and justice and race a lot, I also think about (and cook) a lot of food. So it was really fun and nice to take a mental break from Trump-land and talk to people about what they eat, why, and how. We made five episodes, about emerging tech on farms, food waste, indoor ag, and gene editing. We also cooked an entire meal using oat milk and it was really delicious. Check it all out here. 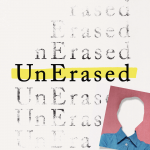 I had the great pleasure of making a series about the history of gay conversion therapy, and the people fighting against it, and the bravery that takes. It’s called Unerased, it was a collab with Jad Abumrad of Radiolab, Shima Oliaee, Mikel Elcessor and some other brilliant folks. The series was in conjunction with the incredible movie, Boy Erased, which itself was based on the memoir Boy Erased by the wonderful Garrard Conley. Who, full circle, was a producer on the podcast.

The piece of this series that really stole my heart was the story of the Mama Bears. Women, mostly really religious Christian women, who upend their lives when their children come out as LGBTQI. The journeys these women go on just staggered me. From leading Bible study at a fundamentalist mega church to speaking at a pride parade. The human capacity for change is real. That’s episode two, and if it doesn’t make you cry, you have a cold cold heart.

One last thing. There were *so* many stories we couldn’t include in this series. That always happens when you’re gathering thread on a big project, but it’s hard every time. My unending gratitude to the folks whose voices you hear, and to those you don’t. These are one slice of this story, and I’m looking forward to reading and hearing more.

I used to post updates on the individual stories I reported, but now that I’m producing a weekly podcast, the shows sort of speak for themselves. For some episodes I’m particularly proud of or stoked about, check the clips section.

In my last post almost a year ago, I was about to launch a project on judicial election with my colleagues at WNYC’s Data News Team.

We produced a voter education tool, with information on judicial delegates and people running for the civil courts in New York City. We produced a series of stories about how people get on the bench in New York City, and why it matters. We even got in some tape of Meade Esposito.

When I get back to WNYC later this year, we’ll be working on a super exciting project. We won a prototype grant from the Knight Foundation to develop a tool on judicial elections.

We’ll be helping people “to make more knowledgeable decisions about judicial elections through a tool that will provide key information, insights and context about candidates, their views and the court system.”

I’ve spent a lot of time thinking about how courts work (and how they don’t), and I’m looking forward to spending even more time thinking about this soon. Also psyched to be working with the extremely talented Sarah Ryley, who is teaching a class at the New School that’s contributing to the project.

ps. Sarah just wrote an amazing court-related story for the Daily News and ProPublica, about the NYPD kicking people out of their homes through so-called “nuisance abatement” laws.

When someone is arrested in New York City, they empty their pockets, and the police take the things they have on them – cash, wallet, keys, phones. The arrestee gets a voucher, which might say the items are “arrest evidence,” or it might say “safekeeping.” Or it might say “forfeiture.”

Even if you’re not charged with a crime, or a case is dismissed and sealed, the police can still seek to keep your stuff, your car, or your cash.

Last February, Harold Stanley was on his block one evening, in the Morrissania section of the Bronx. He decided to drive to McDonalds, and when he came back, sat in his parked car to eat.

“Next thing I know somebody’s tapping on my window, telling me get out the car,” he said. “And I said ‘For what?’ Officer said don’t make it harder than what it is.”

Police officers searched him and his car, then handcuffed him and took him to the local precinct. He wasn’t sure why he was under arrest until he arrived there, when he was told he made a drug sale. After several hours, he was released with a desk appearance ticket. But the $1,300 he had in his pocket was not returned.

How much cash is taken a year, from who, where those people live – that’s all unknown. There are virtually no public statistics on the practice of civil forfeiture. We were able to get information on money forfeited in the course of criminal cases.

The city’s District Attorneys seized $46 million through forfeiture in 2014, as part of criminal cases, according to records received through a Freedom of Information request. Those are criminal forfeitures. How much the NYPD took in civil forfeiture cases like Stanley’s is unknown. A Freedom of Information request from May is still outstanding. Also unknown: whether certain places or races are disproportionately impacted by forfeiture, since there is no data on where items are taken, and from whom.

Police also seize people’s cars – about 2,400 cars in 2014, according to a Freedom of Information request filed by Brooklyn Defenders Service. That’s what happened to Courtney Melvin. Police found a weapon in her car, and charged her passenger with weapons possession. Although she was not convicted of a crime, police still sought to keep her car.

For Melvin, as for many drivers, losing a car is a big deal. She works in Staten Island, and found herself commuting by ferry, train and bus.

There is a sort of bail hearing for cars, where drivers can ask for their car back while a criminal case is sorted out.

Thomas O’Brien, a lawyer at Legal Aid, brought the case, Krimstock v. Kelly, that created the hearing process. But fewer than 600 people requested a hearing last year, probably because that process can be confusing and opaque, involving lots of single-spaced forms and strict deadlines. The number of hearings actually held is tiny — just 15 last year, according to NYPD records. O’Brien said the cases that make it to a hearing are the tip of the iceberg.

“Underneath the surface, there are many, many more cases where the police are just seizing cars, and if they give them back, it’s because people are giving them money,” he said.

A cash settlement is usually between $500 and $2,500, attorneys told WNYC. Almost 300 people settled before their hearing in 2014. These forfeitures are a civil case, which means people don’t get public defenders. Most navigate the process with no attorney, because hiring someone often costs more than the car is worth.

This reporting was long and painstaking. And it feels like we’ve just scratched the surface. There may well be hearings on civil forfeiture at the City Council before too long. Ritchie Torres, who represents communities in the South Bronx hit hard by this practice, introduced a bill seeking more public data on civil forfeiture from the NYPD.

WNYC did a big series on water in the New York City area, and I did a story on how the high price of water affects low-income people in the city. I met Maria Munoz, who was facing foreclosure in part because her water bill was so high. She and her family live on an extremely modest budget, and had cut back on every possible use of water – doing laundry at a laundromat instead of at home, washing dishes in a bucket instead of running the water, not flushing after they peed. And yet the bills were still out of control.

That story wound up on an episode of the fantastic podcast Reveal, from the Center for Investigative Reporting. You can listen to that episode here.

Remember how I mentioned that I really don’t like being told I can’t have data? A while back, I asked the NYC Department of Education which schools had metal detectors, and eventually was told that information wasn’t public. So I filed a freedom of information request, which was denied, on safety grounds.

What we really wanted to know was whether there was a disparate impact on communities of color, or students of color. And we couldn’t figure that out without knowing where the scanners are. So we called schools and asked. We used our calls to cross-check data collected by Inside Schools and the NYCLU.

Almost two-thirds of high school students in the Bronx go through a metal detector; none go through one on Staten Island. Students in Brooklyn are a little more likely than average to go through scanning, and those in Manhattan and Queens are less likely.

We also wanted to know what impact the scanners were having on school safety. The NYPD did not respond to our requests for information on weapons confiscated in schools, but the department had previously told other news outlets that 712 weapons were found by metal detectors in schools during the 2013-2014 school year.

If every high school student currently at a scanning school was scanned each school day, that would amount to 15,964,020 scans over a school year — or one dangerous item found for about every 23,034 scans.