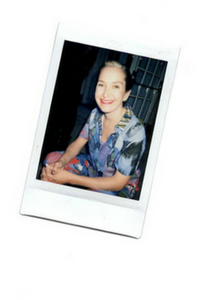 I lead collaborative teams with clarity and intention. I tell stories with sounds, words and data. I’ve worked in print and audio, non-profit and for-profit news, in daily, weekly and longform. I love managing people and supporting their growth. Committed to building equity in my workplace and industry.

I’m a senior producer and senior managing producer at Pineapple Street Media, where I produced Because of Anita, My Fugitive, Pod Save America’s Iowa series, Stay Tuned with Preet, and other projects. I also produce Octavia’s Parables, a chapter-by-chapter read-along of Octavia E. Butler’s Parable of the Talents and Parable of the Sower, hosted by adrienne maree brown and Toshi Reagon. Before all that, I was the senior producer at Note to Self, at WNYC Studios. And before that, I was the reporter for WNYC’s all-star Data News team.

In my free time, I’m working on a project about disaster preparedness, and how to nurture community in a time of crisis.

I love producing and reporting audio stories. I’ve reported a lot on how poor people navigate the civil courts, particularly family court and immigration court. Stories about forfeiture, access to counsel in the immigration courts, and termination of parental rights. I spent several years reporting a series of articles exploring what happens when people confront lenders and landlords in court without the benefit of lawyers, as almost all low-income borrowers do.

At Pineapple Street, I’ve worked on weekly shows and long-term narrative projects. Octavia’s Parables is a labor of love, conceived with adrienne maree brown and hosted by adrienne and the incomparable Toshi Reagon. As a freelancer, I’ve made a series with Jad Abumrad about gay conversion therapy called UnErased, a series with Edible Magazine about food and technology, and helped launch a series about the opioid crisis.

Before WNYC, I was an Alicia Patterson Fellow and a  project editor at the Investigative Reporting Workshop. Before that, I was a reporter at the Center for Public Integrity, covering the subprime mortgage meltdown.

I started in radio at WBAI, producing a live three-hour morning show. I was co-director with Deepa Fernandes of a nonprofit called People’s Production House, which trained low-wage workers and high-school students as radio reporters. I did community organizing and policy work around subprime mortgage lending, back in the early 2000s.

I make things from fabric, yarn and thread. I experiment with ice cream. I speak fluent French and interview-capable Spanish. And I worked on special effects for Starship Troopers.